Forgotten by all who might have once cared about you.

Having forgotten them and even who you are at all.

Haunted by memories of a life you don’t remember, and chased by the Nightmares who do remember you, you awake, as you have for time immeasurable, in the Whiteflower Field, at the beck and call of the delusional, Bound Valkyrie who has, in turn, bound you, her Lotus Eaters, to her quixotic quest.

to the Bottomless Dark of the Oubliette.

Lotus Eater is a narrative-heavy, character-focused game and as such it doesn't really need adventure paths. The game and adventure are one. The Lore is written and this demo document contains everything you need to run tons of Breaches into The Crumbling Shadow. Once the full game is complete there will be hours of content and pages of story both told and implied between the covers.

There are three Lotus Eaters in the current document that are finished, but three others that are still in development to be released with the full product. I also want to fully realize a loot generation system as well as a spontaneous "roguelike" environment generator a la Castle of Memories by Adrian Lumm. The current document details only the first of Six Passages, but I have the lore for all of the other five already written, I just need to slam out the Nightmares for them and then finally put together the "Endgame" content with all of the juicy GM secrets that entails.

In Ep. 2: The Accursed Manor, I will introduce the Felhunter class, I will add tools for determining the difficulty of Encounters based on the number of Keys to Oblivion the Lotus Eaters have obtained, I will detail a new Passage, and add a whole host of new Nightmares including at least two new Bearers of Oblivion.

In Ep. 3: The Implacable Pursuer, I will introduce mechanics for generating Drops that can be exchanged with Non-Player Lotus Eaters that can at times be encountered within Whiteflower Field, I will introduce the Breach Additions rules for spontaneously generating new iterations of each Passage as the players come and go from them, I will detail a new Passage, and add a whole host of new Nightmares including at least two new Bearers of Oblivion.

In Ep. 4: The Graveyard of Stars, I will introduce the Starseeker class, I will write real rules for Starting Equipment and detail what each piece does as well as a slew of other Items, I will detail a new Passage, and add a whole host of new Nightmares including at least two new Bearers of Oblivion.

In Ep. 5: The Abyssal Susurrus, I will add a special, separate document for additional Lore and Secrets to be read by GMs ONLY (no peeking, for realsies!), I will detail a new Passage, and add a whole host of new Nightmares including at least two new Bearers of Oblivion.

In Ep. 6: The Blind Radiance, which may be the final Episode, at least of Season 1, I will introduce the Watcher class, I will detail a new Passage, I will detail something secret that nobody's supposed to know about, and add a whole host of new Nightmares including not just two new Bearers of Oblivion but also the Lords Nightmare as well as another extra harrowing Encounter.

I hope you enjoy this first game I've ever written and developed and thank you to Spencer Campbell not only for developing the awesome LUMEN system but for making it freely available and being so supportive of other developers taking it out for a spin!

In order to download this game you must purchase it at or above the minimum price of $4.99 USD. You will get access to the following files:

Support this game at or above a special price point to receive something exclusive.

If you want to read and play Lotus Eater, but you're not in an ideal financial situation, believe me, I understand. Please claim a copy for yourself.

If you would like to generate further Community Copies to be claimed by those who wish to experience Lotus Eater but don't feel they can spring the extra cash, every purchased copy of Lotus Eater will add a new Community Copy, as will every additional $1 donated over the purchase cost. 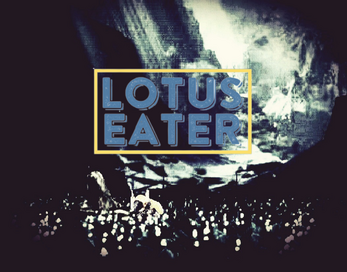 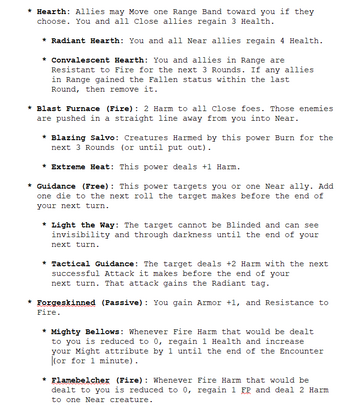 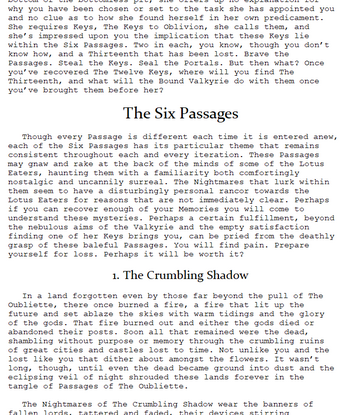